Types Of Industrial Gearboxes And Their Most Typical Uses

Types Of Industrial Gearboxes And Their Most Typical UsesPremium TransmissionJune 30, 2022August 26, 2022 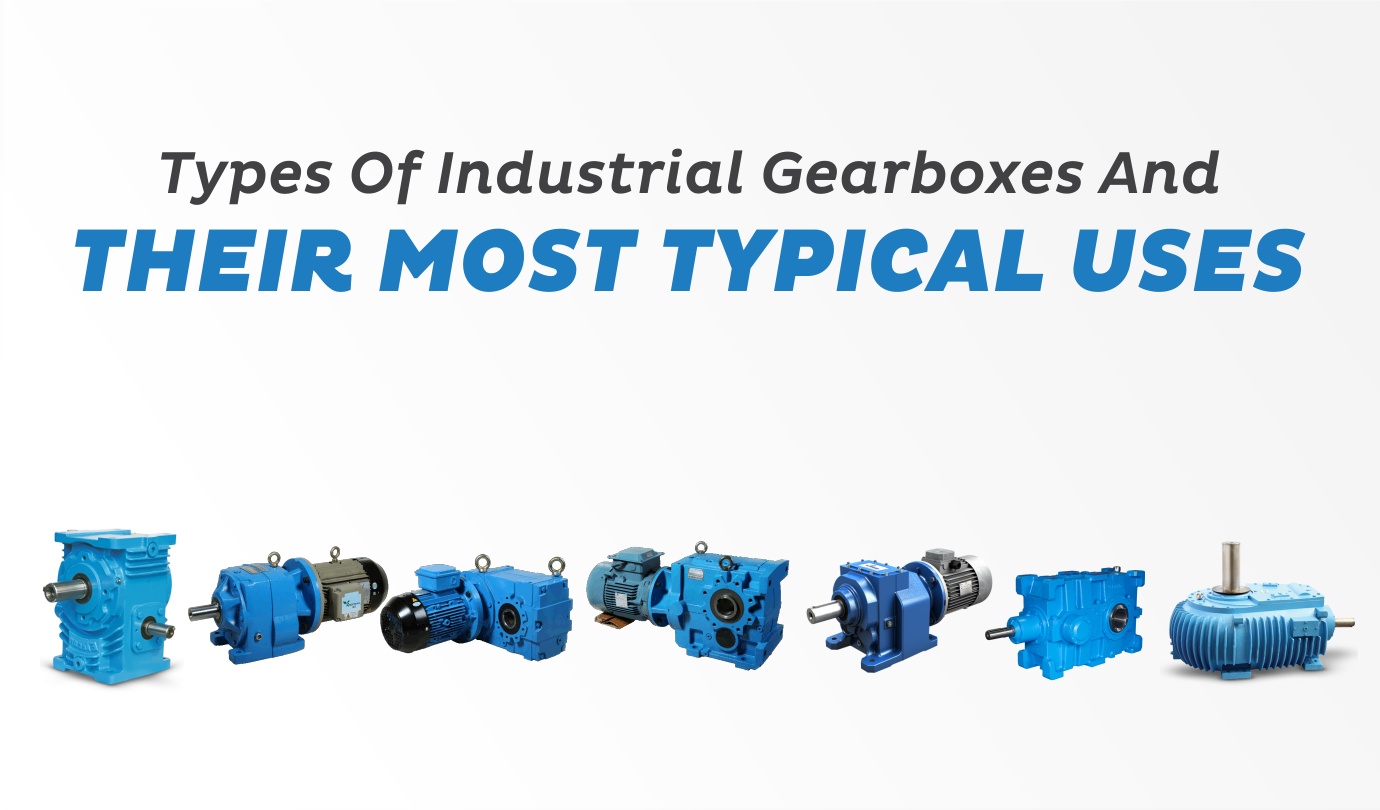 The gearbox is an integral part of machines used in a variety of industries and areas. The aim of gearboxes is to enhance the output torque or alter the motor’s speed (RPM). The shaft of the motor is linked to one end of the gearbox, and the gear ratio determines the output torque and speed provided by the gear arrangement. Different designs and specifications of gearboxes are used in agricultural, industrial, construction, mining, and automotive equipment and are available in a combination of configurations. This article will examine the various kinds of transmissions and their primary characteristics.

The six most common kinds of industrial gearboxes are outlined here.

The helical gearbox is small and energy efficient. This equipment is utilized for a wide variety of industrial purposes but is primarily used for heavy-duty tasks. The helical gearbox is prevalent in the plastics, cement, and rubber industries and other heavy industrial contexts. Low-power applications such as crushers, extruders, coolers, and conveyors may benefit from this material.

The helical gearbox is unusual in that it is mounted at an angle, allowing more teeth to interact in the same direction while in motion. This ensures continuous communication for a certain duration.

The coaxial helical gearbox is suited for applications requiring heavy-duty performance. The quality and effectiveness of coaxial helical inlet lines are well-known. These are produced to exacting standards, allowing you to optimize load and transmission ratios.

This kind of gearbox is distinguished by a series of curved teeth positioned on the cone-shaped surface near the unit’s rim. The bevel helical gearbox is used to generate rotational motion between non-parallel shafts. Common applications include quarries, the mining sector, and conveyors.

The strong and monolithic construction of the skew bevel helical gearbox makes it suitable for use with large weights and other applications. Once fitted on the appropriate motor shaft output, these industrial gearboxes provide mechanical benefits. Based on the number of teeth and gears, they are very configurable. Therefore, you can often discover one that meets your requirements.

Worm reduction gearboxes propel heavy-duty tasks. These gearboxes are used when higher speed reduction is required between crossing axis shafts that do not intersect. This kind of industrial gearbox employs a large-diameter worm wheel. The worm or screw links with the teeth on the gearbox’s outer region. Due to the screw-like movement caused by the worm’s rotation, the wheel moves in a similar fashion. The majority of these gearboxes are used in heavy industries, like fertilizers, chemicals, and minerals.

Three or four Planet Gears encircle the Sun Gear in the center of a Planetary Gearbox. All of them are held together by a ring gear with internal teeth. This design allows a Planetary Gear System to generate high torque in a short area by distributing power evenly throughout the gears. This Gearbox type is prevalent in cutting-edge technology like robots and 3D printing.

The planetary gearbox is perfect for precise applications because of its durability, accuracy, and specific functionality. This sort of gearbox boosts the durability and performance of your equipment. Planetary gearboxes are available in either a solid or hollow configuration and with a range of mounting options, such as a flange, shaft, or foot.

With a manual gearbox, the driver manually chooses all ratios utilizing a moveable gear selector and a clutch driven by the driver. This transmission type is frequently referred to as a “stick shift” or a “conventional” transmission.

Sliding-gear gearboxes are exclusive to automobiles of a bygone era. When the transmission is in neutral, the main drive gear and cluster gear are in motion inside the transmission case. To transmit power to the drive wheels (front or rear), the clutch pedal must be pushed in order to move the shifter handle. Moving the shifter handle alters the position of the shift linkage and forks and moves a gear immediately above the cluster gear along the main shaft.

Continuous-mesh transmissions, also known as synchronized transmissions, maintain the driving gear, cluster gear, and main shaft gears in constant motion. Because the gears are free to turn around the main shaft, this is conceivable. A dog clutch is utilized to lock these gears into position as necessary. When the shift linkage is moved, the dog clutches with main shaft gear teeth interlocks and retains the gear in place. In constant-mesh gearboxes, synchronizers avoid clashing or grinding when shifting.

As with everything else, manual gearboxes underwent a succession of evolutions and modifications as automakers experimented with design. Wilson Pre-selector was a form of manual transmission created prior to the advent of automated transmissions.

While almost all manual transmissions adhere to the same principles, automatic transmissions are separate animals. Regardless of the inner workings of an automatic gearbox, the driver will recognize Park, Reverse, Neutral, and Drive, maybe with extra features such as Sport and manual shift mode. A gear lever on an automatic transmission is nothing more than an electrical switch that transmits a command to the software that controls the gearbox. As a consequence, designers have begun to manage the gearbox using buttons, paddles, or dials rather of the traditional levers.

The most prevalent form of automatic transmission employs a torque converter to transmit the rotational force of the engine to the wheels. A torque converter is a fluid connection that allows the vehicle to accelerate and decelerate without stalling the engine but with a loss of efficiency owing to the curved form of the turbine blades within the converter. This kind of gearbox is advantageous because of its smooth acceleration from low speeds and reactivity at low engine rpm.

An automated-manual transmission is a form of automatic transmission that uses a conventional clutch and gear layout but simulates manual gear usage via sensors, actuators, processors, and pneumatics. These sorts of cars are notorious for their jerky engine performance at low speeds and arduous acceleration, yet they achieve excellent fuel economy over long distances.

This transmission is quickly becoming the most used kind of automatic transmission for gasoline and diesel vehicles. The majority of Volkswagen Group brands, including VW, SEAT, and Skoda, refer to it as a DSG (direct shift gearbox); however, Audi adds to the confusion by calling it an S-Tronic, while Porsche likes the designation PDK.

This style of gearbox provides the same sort of direct sensation as a single-clutch transmission but is often significantly more efficient and comfortable to use. In most cases, it may also provide superior fuel efficiency and performance than a manual transmission. There may still be some jerkiness at low speeds, and shifting between the first and the reverse may be awkward.

A CVT does not have any gears. Instead, it employs a cone form with a band and a second axle. The band may be moved up and down the cone in order to adjust its length and, therefore, the gear ratio. Theoretically, it enables indefinitely changing ratios between its upper and lower limits, allowing it to be optimally adjusted for fuel economy or performance at all times. This is especially advantageous for hybrid vehicles, which may employ a CVT to balance the gasoline engine and electric motor workload.

Industrial Gearboxes
You May Also Like
Geared Versus Gearless: Which Lift Machine Should You Choose?Premium TransmissionOctober 12, 2020October 12, 2020 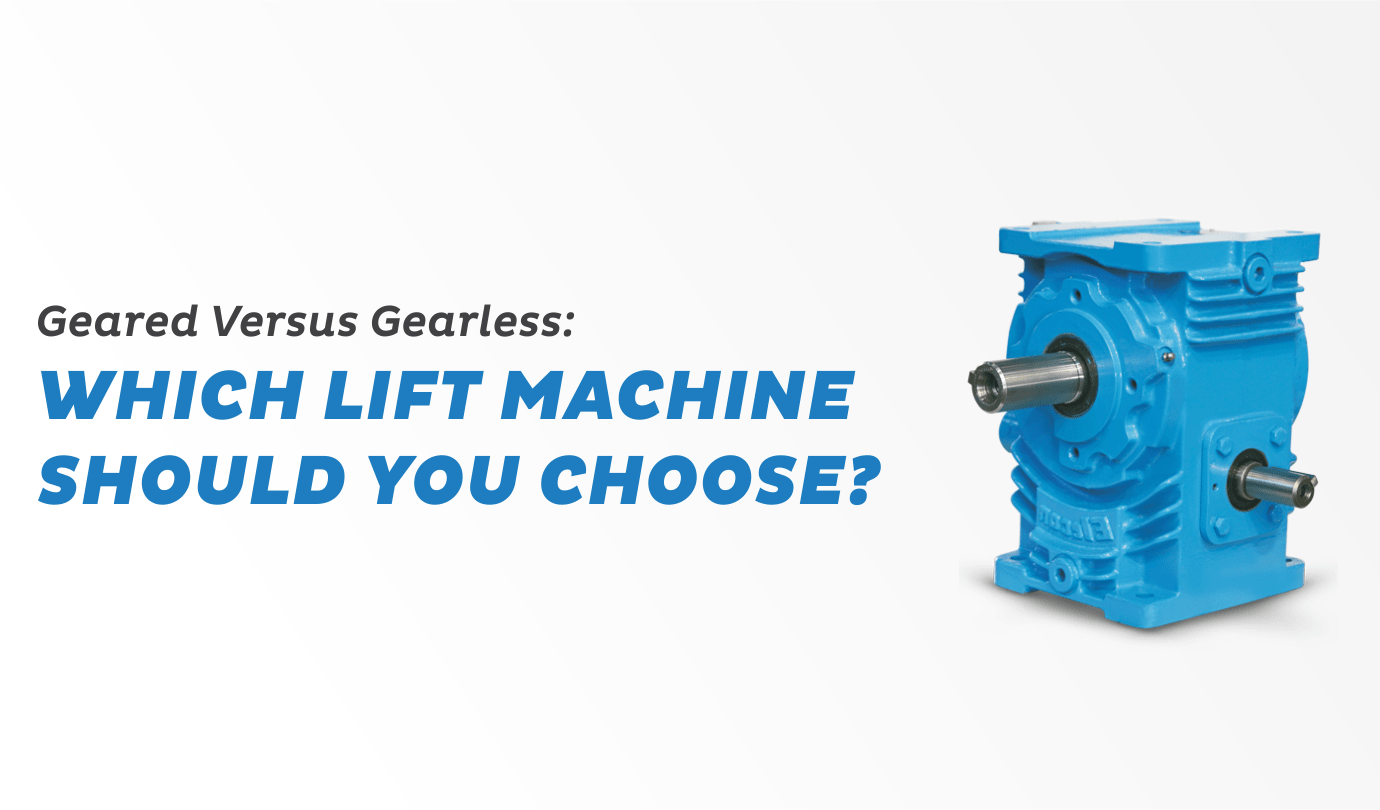 Geared vs. gearless traction elevator is a common question that builders are faced with on... 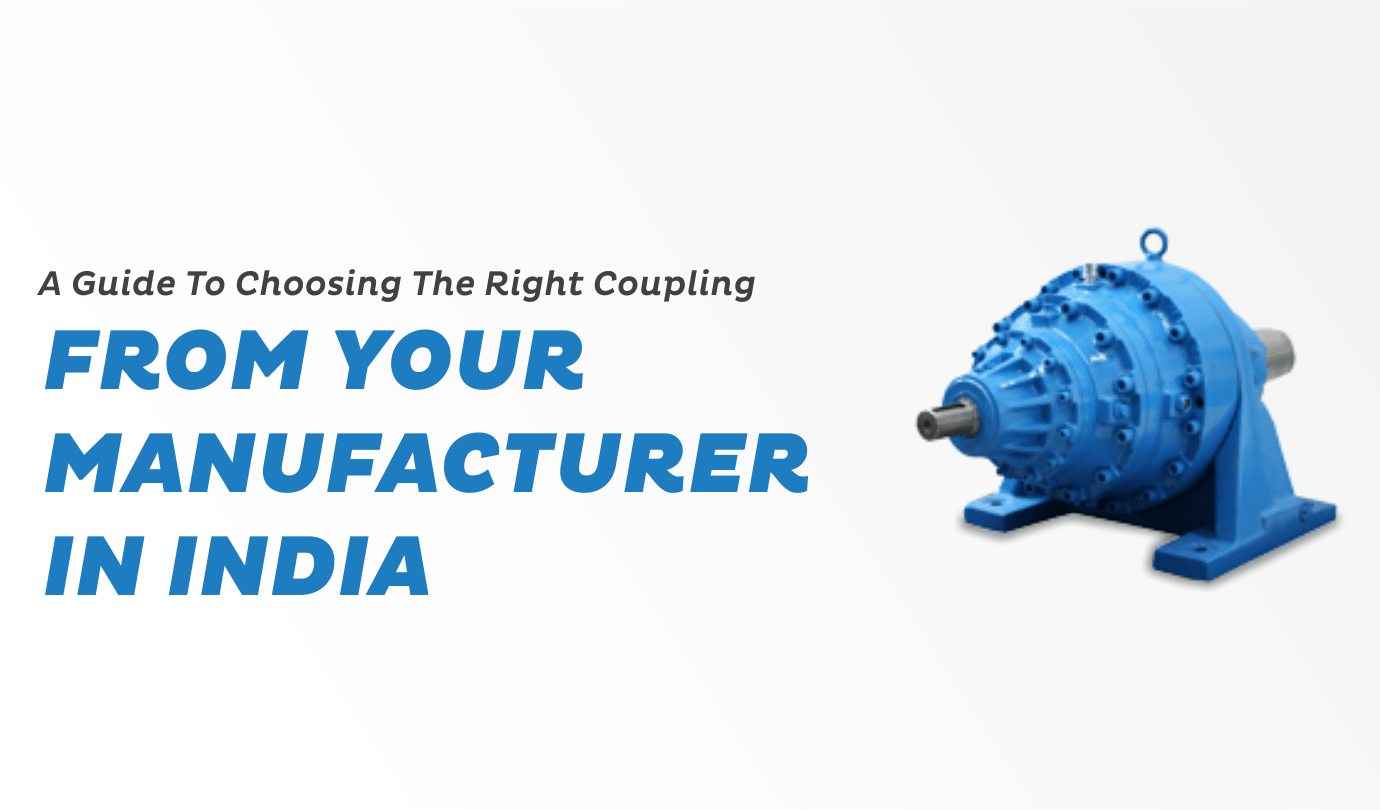 Choosing the proper coupling for the job at hand requires asking the appropriate questions before... 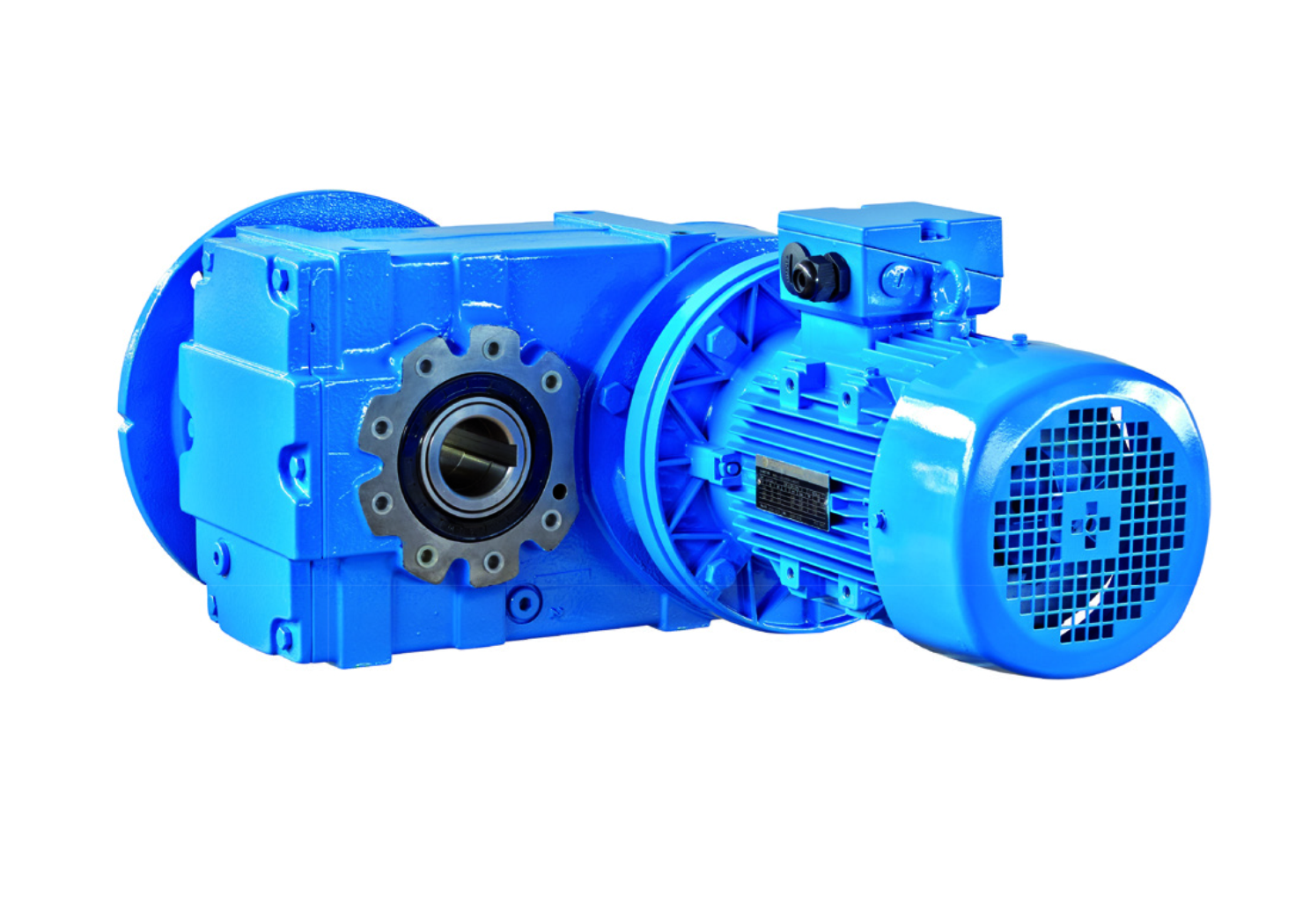 A geared motor, as the name suggests is an all-in-one combination of a gearbox and...