Understanding The Various Types Of Geared Motors And Their Applications

Understanding The Various Types Of Geared Motors And Their ApplicationsPremium TransmissionJuly 16, 2021July 16, 2021 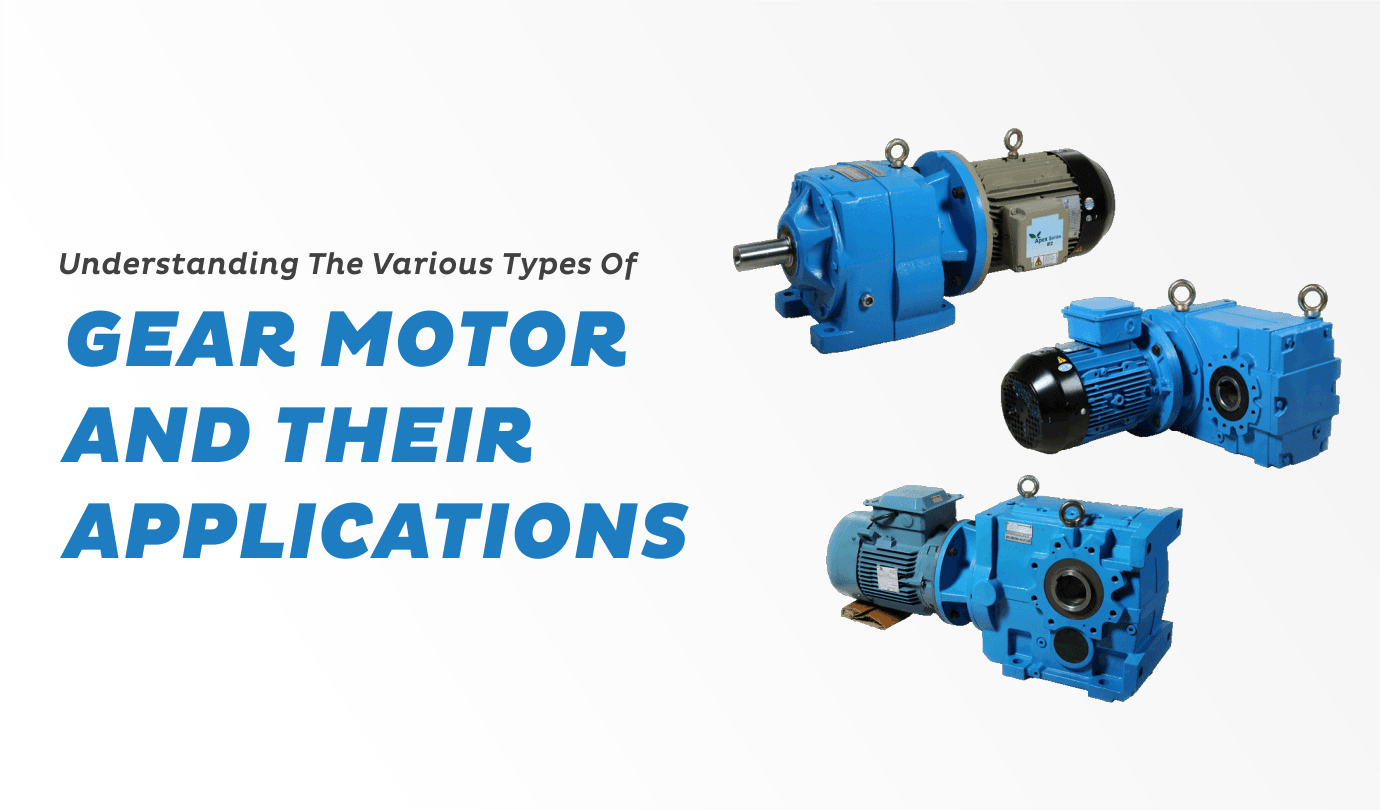 Gearmotors are electric motors that use a sort of gear system on the motor’s output. This gearing configuration is known as a gear reducer or gearbox. Combining an electric motor and a gearbox saves design cost and complexity, especially for motors designed for high torque and low-speed purposes. Furthermore, gearboxes can be employed to reorient the output shaft in a different direction.

What Are the Various Types of Gear Motors?

Gear motors are offered with a choice of AC or DC motor types and reduction ratios to accommodate a broad range of applications such as automated door operators, food and beverage machines, and robotics.

Spur gears, the most frequent form of gear used, are made with straight teeth cut or placed perpendicular to the shaft of the gear on a spherical (i.e., cylindrical) gear body. These gears use the parallel axes arrangement to transfer motion and force when joined in pairs. They can be coupled with a different spur gear, an internal gear (e.g. in planetary gear) or a gear rack (such as in a rack and pinion gear pair) depending on the application.

This sort of gear is utilized in a broad range of mechanical applications, including clocks, pumps, irrigation systems, power station machinery, material handling equipment, and clothes washing and drying machinery. Several spur gears can be utilized in a gear train to offer higher gear reduction if required for an application.

Worm gear sets are made up of a worm wheel (usually a cylindrical gear) and a worm (a screw-shaped gear). These gears are being used to transfer motion and power across shafts that are not parallel and do not intersect. They have huge gear ratios and the ability to reduce speed significantly while remaining quiet and smooth.

One contrast between worm gear pairs would be that the worm can spin the worm wheel, however, the worm wheel might not be able to turn the worm based on the direction of the worm. This feature is used in equipment that requires self-locking mechanisms.

The Most Common Applications of Geared Motors

So, if you’re looking for a good quality geared motors manufacturer, consider contacting our experts at Premium Transmission today! 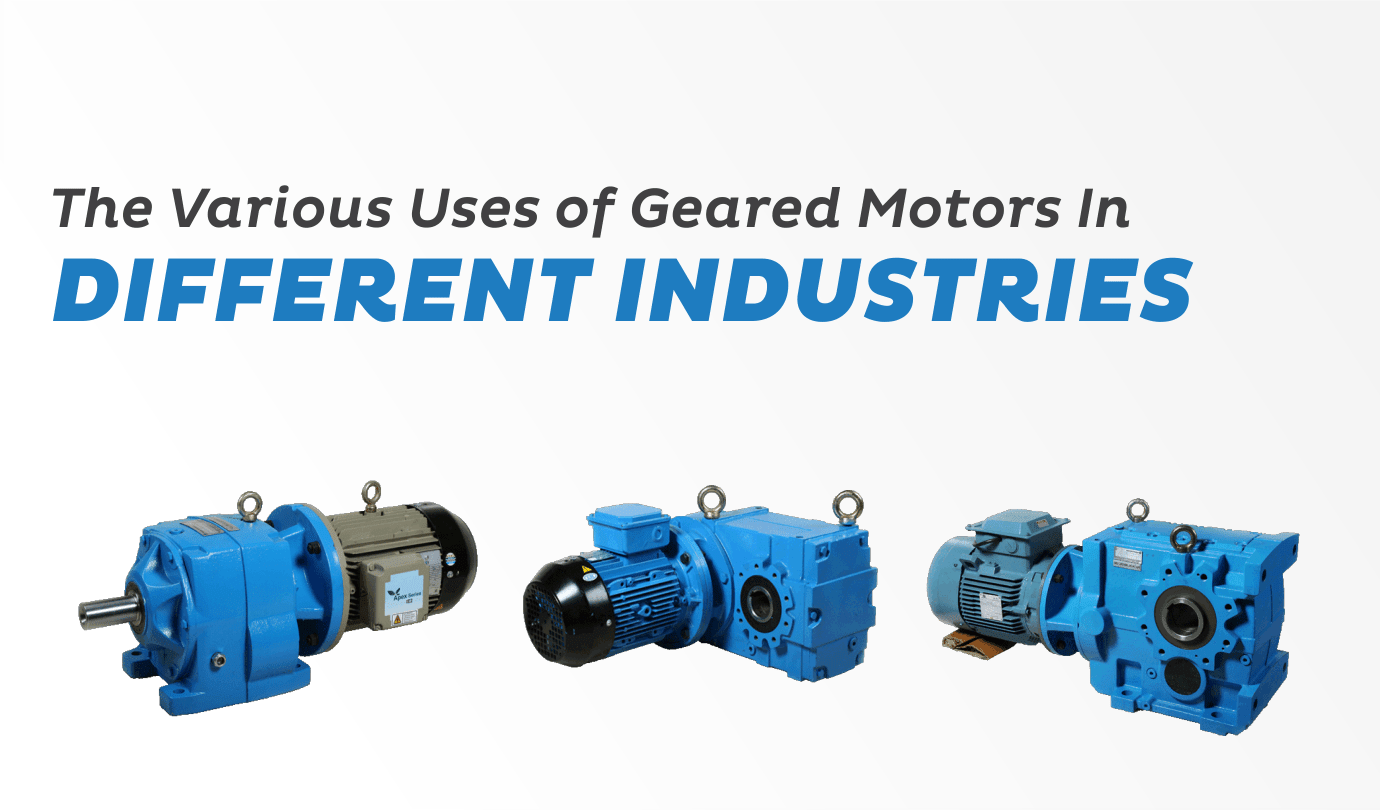 Gearboxes play a significant part in managing many industrial and repairing capabilities in today's industrial... 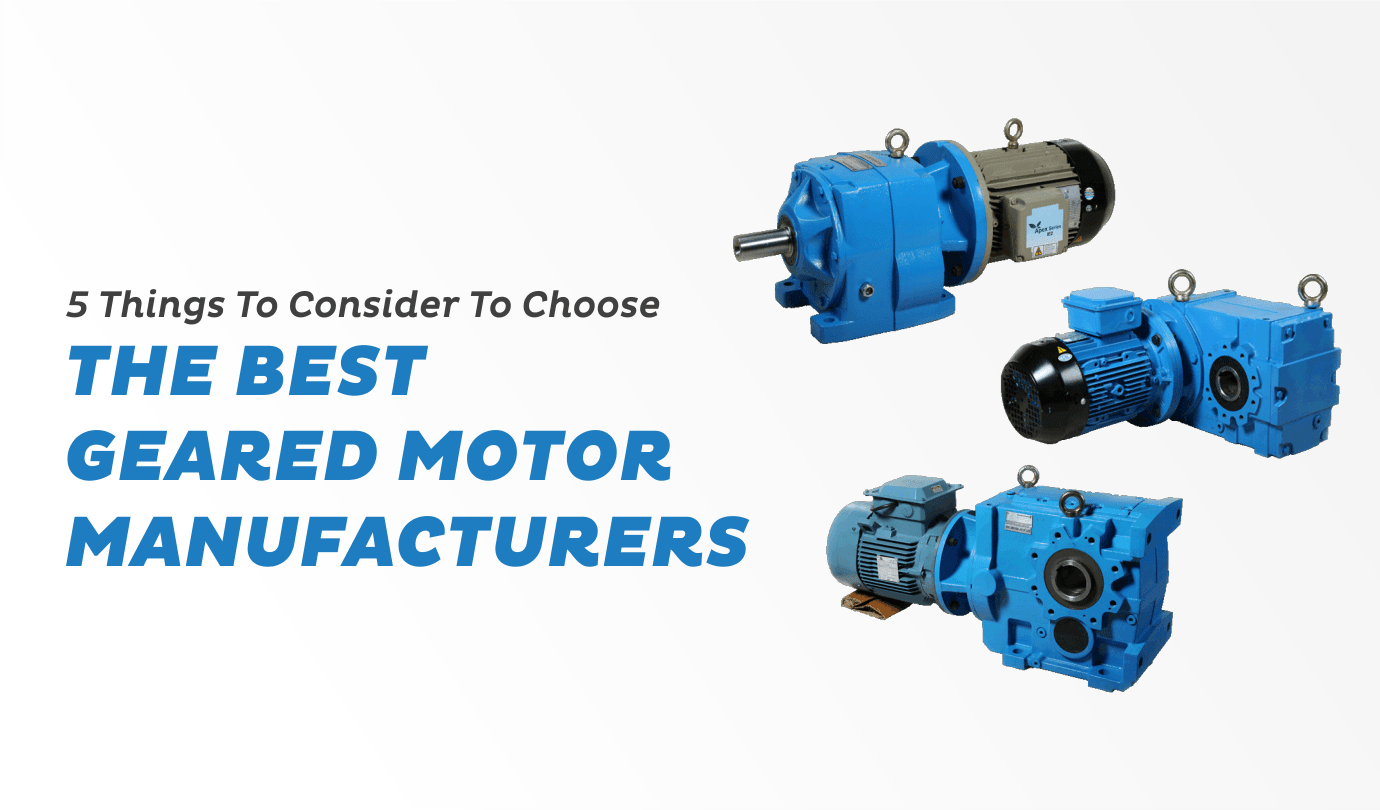 If you require gears for a project or a product, it's natural to be perplexed....

How To Maintain An Industrial Gear Motor: A Step-by-step GuidePremium TransmissionAugust 31, 2021September 1, 2021

Regular inspections and maintenance are required to extend the operational life of your industrial gearboxes....